“GCF is the reason why I am at where I am at. I learned a lot of not only technical skills but soft skills while I was in GCF as a Corps Member and as a team leader.” 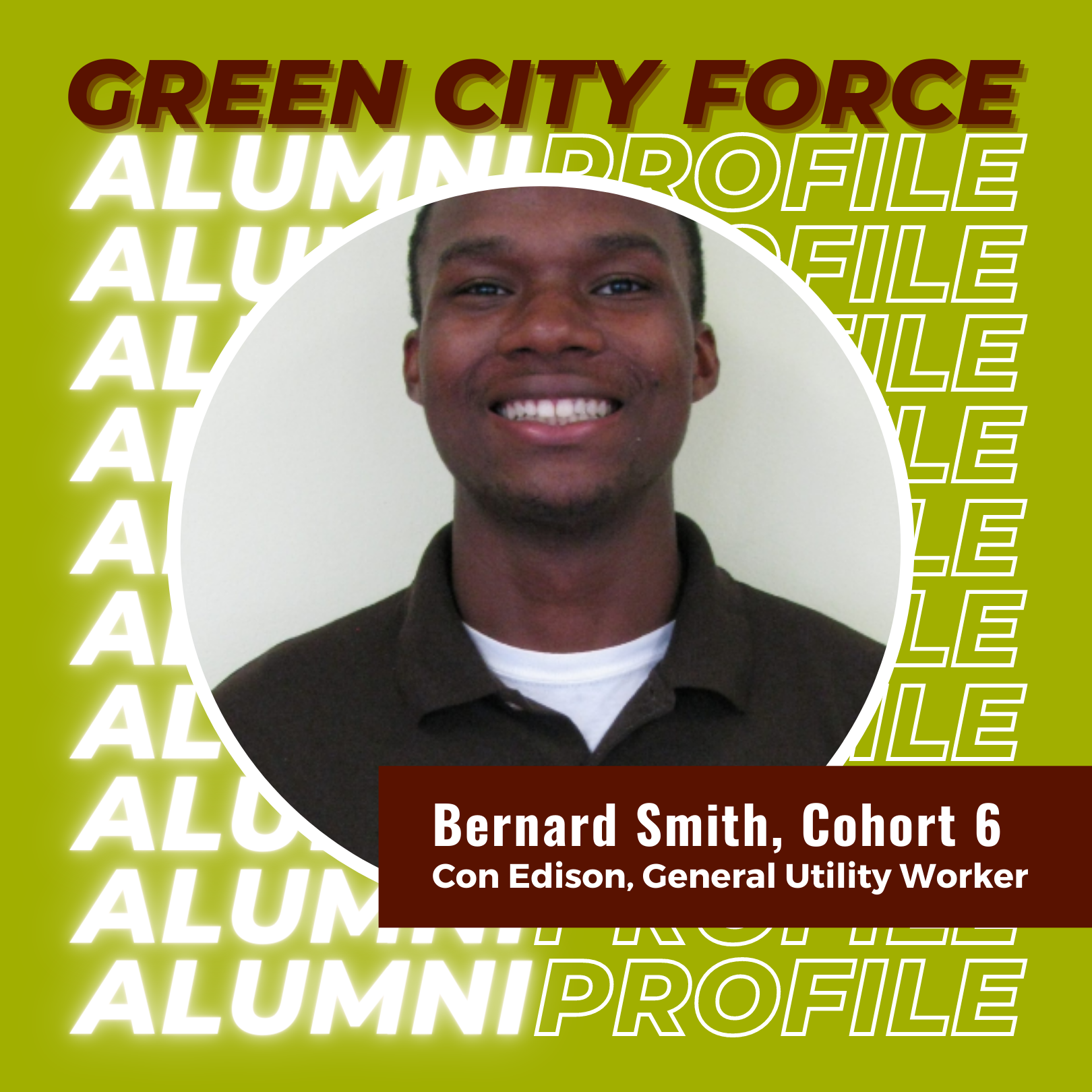 Con Edison operates one of the world’s largest energy delivery systems. Founded in 1823 as the New York Gas Light company, their electric, gas, and steam service now provides energy for the 10 million people who live in New York City and Westchester County.

What is a general utility worker?

Bernard usually starts his day by setting up a Department of Transportation sheet, checking his planned routes, taking a walkthrough of his truck, and testing its electronics and calibration. “We make sure we have all the supplies for the day, go over the job briefing and head out to our site.” Once there, he sets up a protection barrier before his partner, the “splicer,” goes into the manhole with the cable-cutting and cable-connecting machine that Bernard operates. “On an average day, a few people may ask what’s happening, especially when responding to emergencies.” Before long, it’s time to breakdown the setup, refuel the truck, and transition to the next site.

How does your GCF experience help you in your position?

“A lot of this job and the jobs I had prior required me to use my soft skills to get the job done.  Prior to [becoming a general utility worker], my job was more outreach based. You have to know how to speak to people and convey in an understandable way what you are doing in the community. [GCF] provided me with the soft skills, the ability to present myself in a fashion where people feel that I’m approachable and knowledgeable. So, being able to take what I learned and communicate it as basic knowledge…like explaining to residents/customers what kilowatt hours mean, or ‘this is how you’ll be saving’, or ‘this is what you are receiving’. Soft skills run the world. If it wasn’t for the skills GCF taught me, I wouldn’t be where I am today. Soft skills are real, you can apply them to everything that you do.”

While Bernard was a GCF team leader, Franklin Energy was looking to hire an entire team from GCF and selected him as supervisor.  After about a year in that opportunity, he transitioned to contracting with Con Ed upgrading smart meters.  Before stepping into his current internal role at Con Edison in the spring of 2021, Bernard also had several other positions including at Aclara, with Franklin Energy via the Brooklyn Queens Demand Management “BQDM” program swapping energy-inefficient lightbulbs to reduce resident energy demand, and at the Association for Energy Affordability through Con Ed’s Multi-Family Energy Efficiency Program. Now, as a part of a local Utility Workers Union, Bernard’s current General Utility Worker position allows him to also learn the skills of trade positions and discover where in the broader utility industry he can continue building his career. 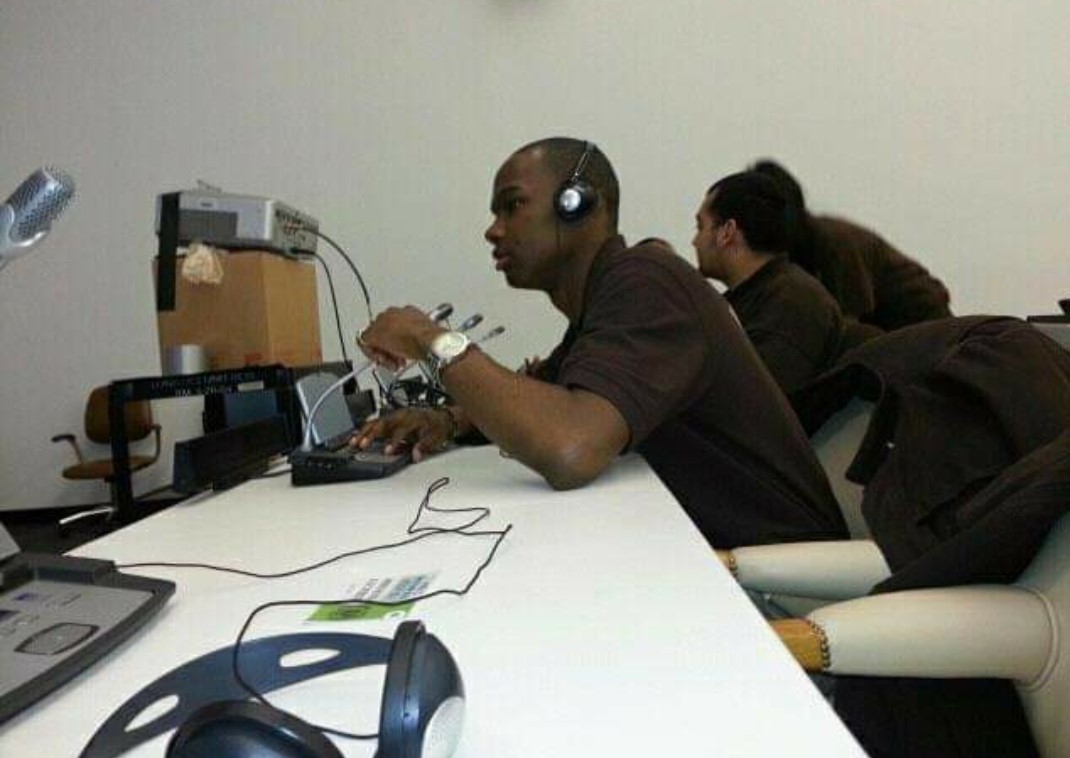 What advice do you have for current Corps Members?

“Stepping into GCF, for me, was a brand new experience but once you get a taste of how GCF operates, moving forward you have the understanding. Don’t be afraid to try any position and take the outreach job. Take the basic level job and the experience begins to add up.”

“Don’t lose contact with GCF. However you’re connected, stay tied and stay close. Keeping GCF ties needs to be reiterated because GCF does not only put you in places where you can grow, but they have opportunities in house as well.” 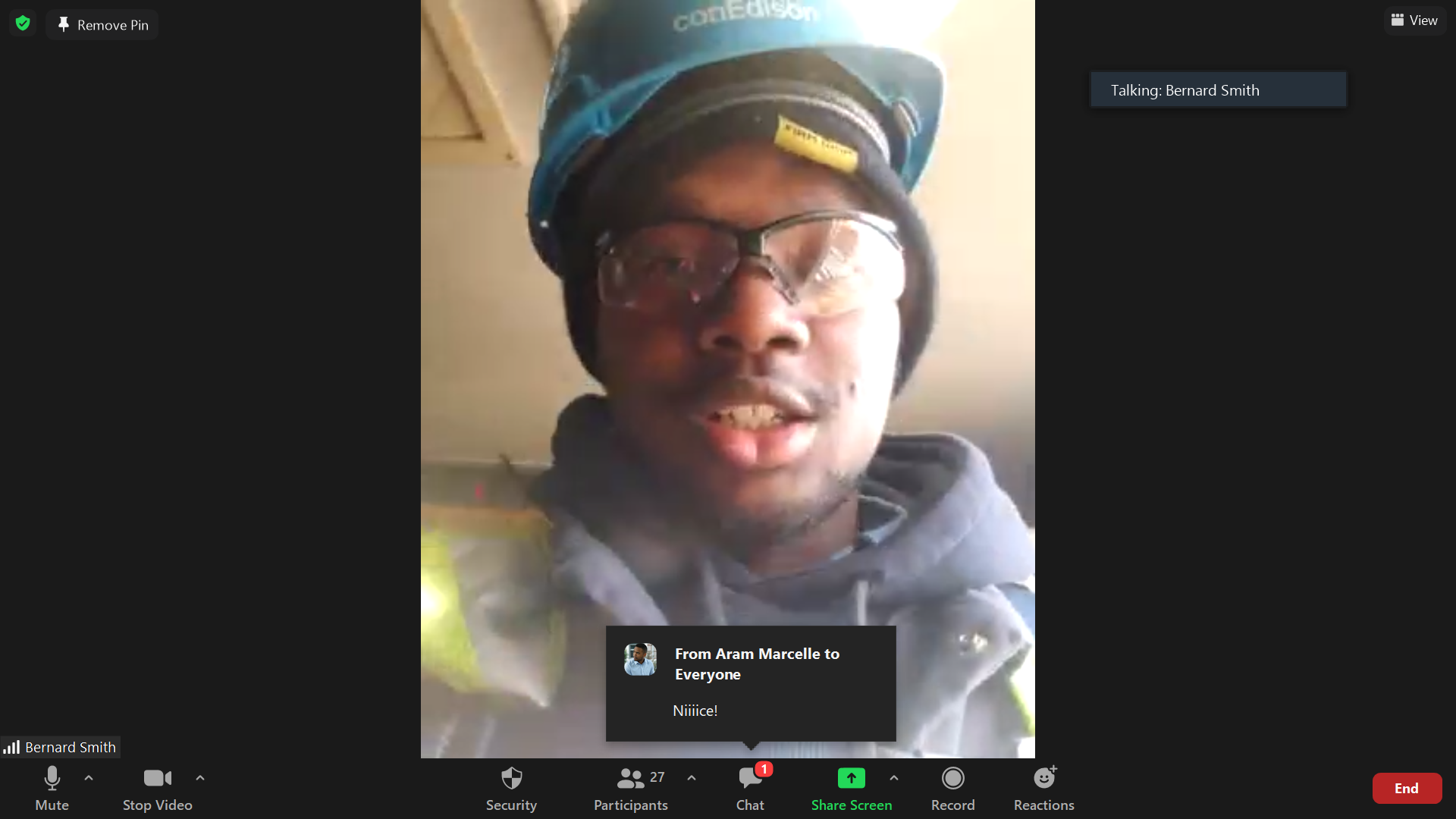 Bernard speaking at a virtual GCF Career Day in March 2022 about his Con Edison position!

Towards the end of Bernard’s CM term, he was “selected with a handful of folks…and appointed the supervisor of a project rebuilding homes in the Rockaways destroyed by Hurricane Sandy. After a weeklong crash course, we learned how to do drywall, marble, and insulation. Drilling in new floors and showers and sinks. Cutting out the dead wall, installing drywall and sealing. Painting. We saw 1 to 2 houses almost to completion. It was something I’d never experienced before and it stuck with me.” Now, he’s using these skills to reconstruct his own garage into a multi-purpose studio! 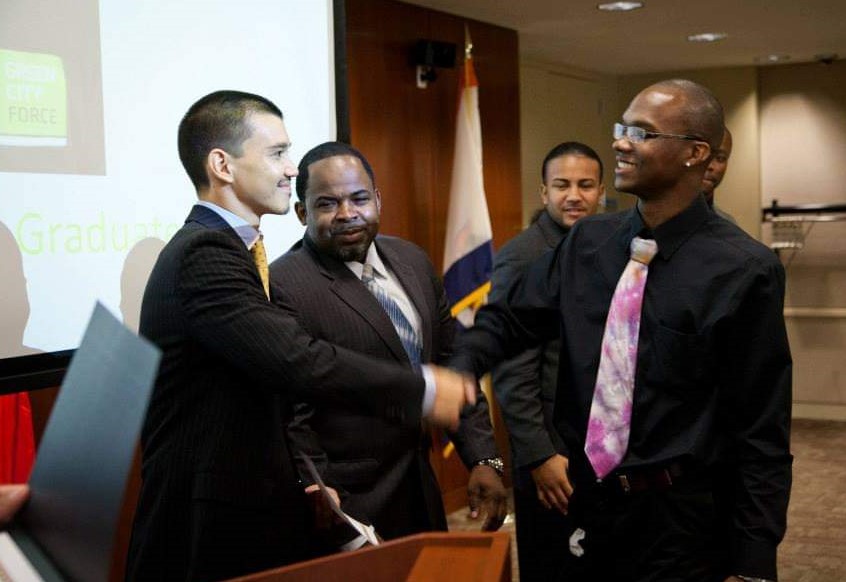 “Green City Force was a changing point in my life. It became an opportunity to grow as a person in every area possible. I feel like joining the Corps was the best decision I made; to at least try something new and see where it can take me. Before GCF, I was out of high school and engaging in my various crafts. Not really having a source of income outside of family, I felt limited in life. If GCF has taught me anything, it taught me that communication is key to advancing in life. To move forward, you have to be able to speak with others appropriately and listen to others just as well. Networking, canvassing, outreaching, and expanding are all a part of communication. I will go back to college within the next year, regardless of whether I am working or not. I want to give thanks to all of the GCF staff for their thorough support throughout the process. Without them, I don’t think I would’ve made it through the program efficiently. Thanks to all my fellow Corps Members for the support.”