The building of the farm in 2012 and the ongoing commitment to Red Hook up to this point was the first example of GCF rooted in a community for a significant amount of time. When we first began, it was a novelty idea to some to have two organizations, Added Value, and GCF, partner with NYCHA with a formal agreement and license for a space to address many intersections of societal-economic improvement. This included the training and under-employment of young adults at Red Hook and across NYCHA, and growing food in public housing in exchange for service and compost from Red Hook residents. The behavior change we witnessed at Red Hook Houses was incredibly inspiring.

Red Hook was the first community that demonstrated to us that sustainable behavior change and significant interest in actively participating towards a common cause as a community was possible. It was fulfilling to witness. From there on we clearly understood it was both desired, and necessary, for this work to happen at NYCHA.

Over the course of 7 years, we had 12 cohorts of GCF-Americorps members participate in service, totaling 240 trained members. With our young leaders in place we were able to accomplish the following:

The model at Red Hook Houses gained attention and recognition by not only the Red Hook residents, but by other NYCHA residents who sought out NYCHA to have the model exist in their communities. In 2016, we expanded our corps service efforts to build and establish farm sites with the behavior change components at 5 other NYCHA communities while serving at Red Hook Houses. Recognition of Red Hook Houses expanded to global corporations as well as other private and city investments. We had visits from all around the country and the narrative of NYCHA low-income communities of color was flipped into one that consisted of vibrant, connected spaces, and people. 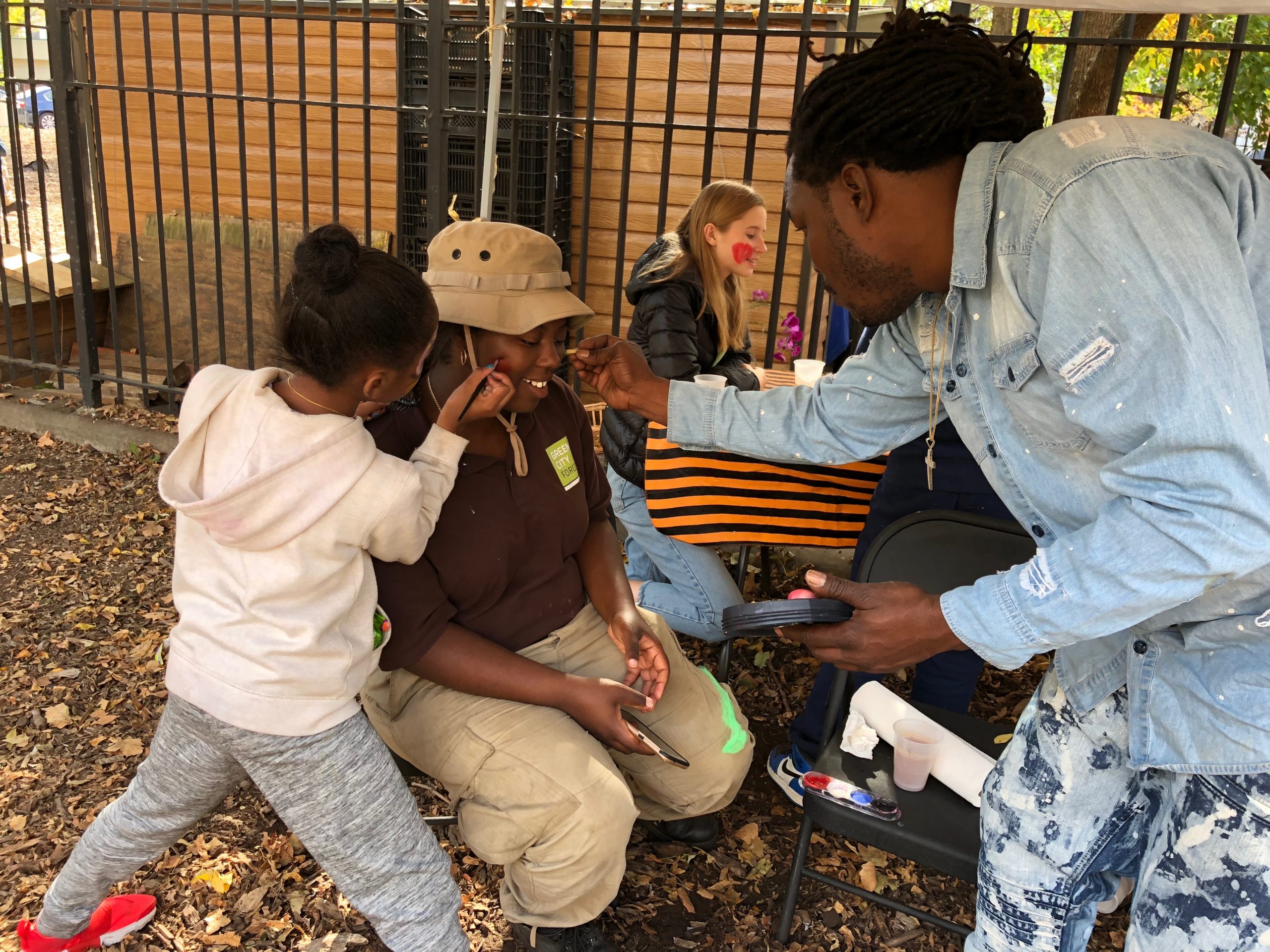 The Red Hook community holds a very special place in our hearts at Green City Force. We will never forget the important lessons we learned on how to work with communities and partners, we will never forget the many residents we met and grew with and the impact that was possible due to the support and belief in our corps.

We continue to expand to other parts of NYCHA but leave Red Hook knowing that the 31 GCF alumni of Red Hook Houses and the foundation that was established to springboard new innovations and opportunities will only continue to strengthen and support Red Hook Houses community for years to come.

Red Hook Initiative’s mission centered on young adults and residents in Red Hook, and their merging with Added Value, make them the obvious partner to take the farm forward. GCF graduates have played and continue to play leadership roles as part of Added Value and now Red Hook Initiative staff. Red Hook Initiative has assured GCF of their commitment to continuity in the core aspects of our work together in Red Hook over many years. GCF will continue to steward the five new farms built through Farms at NYCHA and is seeking resources to build new farms to bring the model to other communities.

We celebrate the many cohorts who have served at Red Hook, residents who have advocated for the farm and volunteered, partners who have supported, GCF graduates and staff who have led the work over many years. GCF will continue to recruit young adults from Red Hook to our corps and carry out other projects aligned with our mission, in and with Red Hook Houses and partners in Red Hook, in the future. The farm at Red Hook Houses West will always be a foundational part of our story and legacy. We look forward to staying connected to Red Hook.