This blog post was contributed by Cohort 19 Member SR.

Saturday, May 25, 2019, some fellow teammates and I spent the day serving at the Red Hook Community Farm compost site. Here, fellow teammates and I learned of a composting method called sifting, how they process large amounts of compost, and how they maintain the facility. Us first-timers were given a tour of the farm and spent the day working with other volunteers and employees of the farm managed by the Brooklyn Botanic Garden and Red Hook Initiative 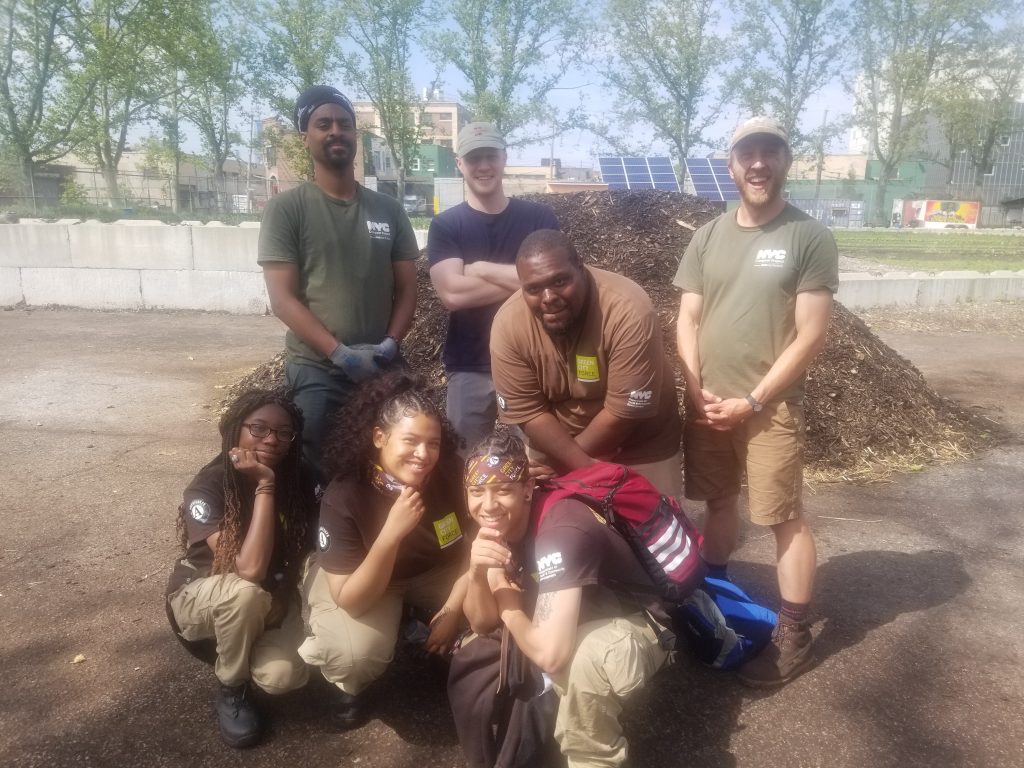 Sifting is a method where we place the compost/wood chip mix onto screened tabletops that allow the rich soil to seep through while trapping the wood chips. This is done because the wood chips aren’t helpful in the future use of the compost, but they were used to mask the smell of the compost until needed. Any worms found were placed in a bucket of soil and later added to a pile of compost.
We also learned how to tarp the mounds of compost as a way of reducing the chances of pests and protecting the compost from being over processed. We placed a tarp over a couple of compost windrows, leaving about a foot and a half uncovered. We then used sandbags to keep it in place. After that, we used two slim, heavy boards and rope to create another way to keep the tarp in place. This system protects the compost from the rain and from getting excessive amounts of oxygen. It also reduces the chances of rodents coming and making a mess of the piles. 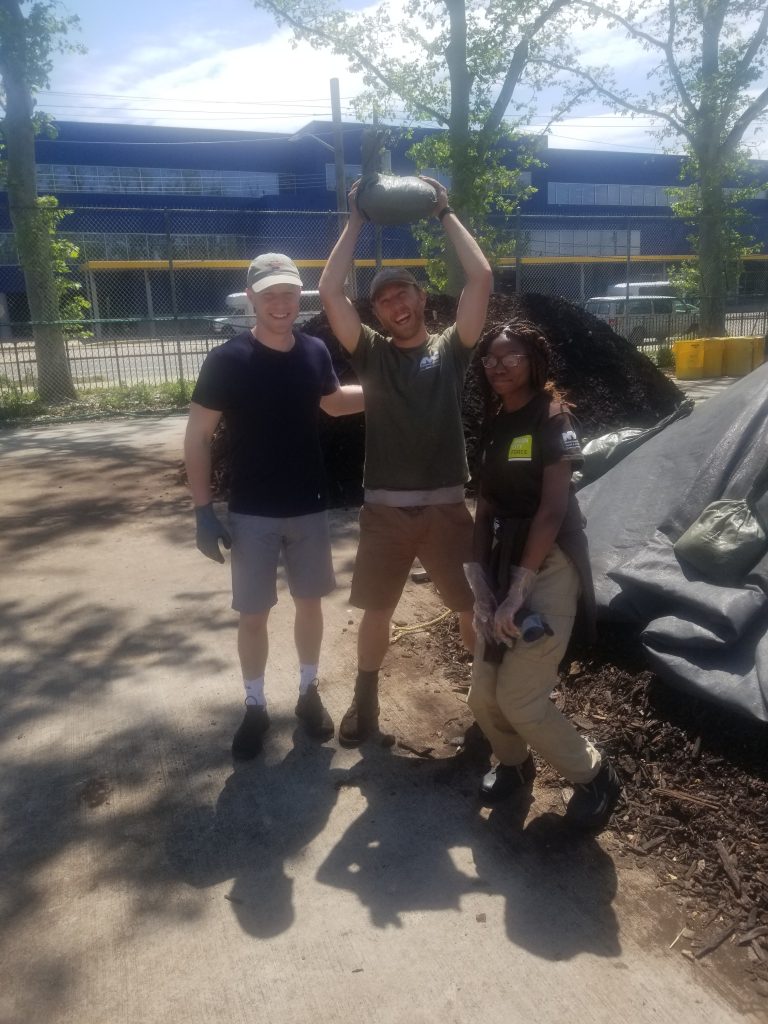 If you want to learn more, need extra service hours, or just like to volunteer, you can come to the Red Hook Community Farm on Saturdays. Not to mention, the Senior Organics Recovery Coordinator Domingo Morales is a Green City Force alumnus from Cohort 10. He not only manages the farm, but uses his knowledge and skills to design other sites for businesses. It’s always nice to hear other stories and see what you can become from a GCF uniform.