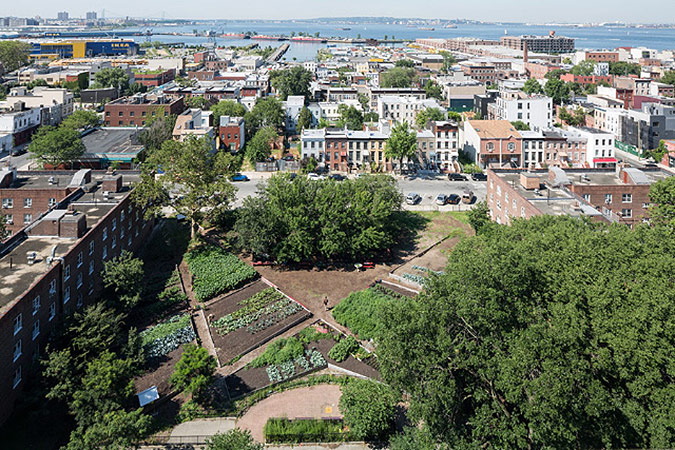 Red Hook was our first farm and came about through a partnership of GCF with Added Value and NYCHA. The model developed at Red Hook is that of a large-scale, raised-bed farm serving NYCHA residents, powered by young adult residents in service and training for careers, with produce distributed to residents in exchange for compost scraps or volunteering at the farm, and serving as a platform for education and engagement around nutrition. The farm’s 2012 construction and our ongoing commitment to Red Hook was the first example of GCF rooting in a community for a significant amount of time. Over the course of 7 years we had 12 cohorts of GCF-Americorps members participate in service, totalling 240 trained members. With our young leaders in place we were able to accomplish the following: