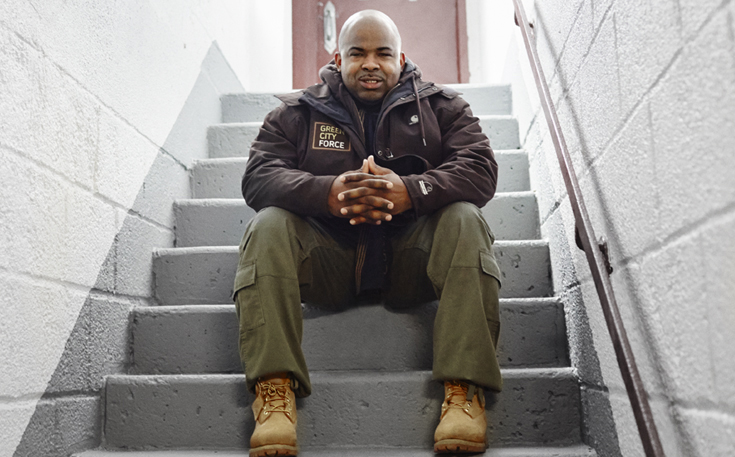 The passing of Lawrence Harris, a core member of the GCF team for our first decade, was a shock and his loss will forever be felt in our GCF community. Our hearts continue to be with Lawrence’s family, and in particular our long time staff member, GCF alum and Lawrence relative, Sadiqua Minor.

We prioritized putting grief counseling in place for alumni and staff, and rallying support for the family’s memorial. We formed a staff committee that has met this fall and are writing today to share the ways in which we will be memorializing Lawrence. Special thanks to Aram Marcelle for leading the committee, Florence Alleyne, Precious Colon, Felicia Prince, Josh Owens, and the alumni and allies who contributed their ideas for the legacy recognition. Lawrence personally recruited a large number of GCF’s corps and was an ally to alumni, maintaining personal relationships throughout the years with so many. Building on the alumni community meeting organized in November, it is our intent to create multiple opportunities for honoring and sustaining Lawrence’s memory and legacy.

GCF will be honoring Lawrence with a Decade of Service and Leadership award. This will be announced officially at our December 1st fundraiser on the theme of Thanksgiving.

Lawrence was dedicated to his own education, and to encouraging Corps Members and alumni to pursue theirs. To encourage future generations, while sustaining Lawrence’s legacy with new cohorts, we will create the Lawrence Harris Memorial Scholarship to be conferred at each cohort graduation. This will build upon and replace the Kiara Harris Peacemaker award, which GCF created to honor Lawrence’s beloved daughter. The first scholarship will be awarded on the occasion of Cohort 21’s graduation to take place in March 2021, the date is to be announced and will open to all to attend.

Tree planting and Each One, Teach One at Forest Houses

Lawrence was a mighty tree whose roots locked with those of so many others. We will be planting a tree in memory of Lawrence, which our community can visit and help to tend. In addition, Lawrence will be recognized through our Each One, Teach One initiative on one of the beds. Each One, Teach One educates by elevating the BIPOC leaders advancing racial justice. We will share details of the tree planting this spring which will be an occasion to recognize Lawrence’s contributions to the NYCHA community which he served through his different roles with GCF.

Community meetings are a coming together to create a sacred union of all present – unite, listen, learn, receive, connect. We’re building upon the tradition of GCF community meetings by adding a candle ritual to remember those community members who have passed. This began the week of Lawrence’s passing, after calling the first in-person outdoors community meeting since the start of the pandemic for the departure of a long-time staff member, Jen Tirado, who introduced the ritual in honor of a GCF legend. Lighting a candle at community meetings brings in and honors Lawrence’s legacy and ignites the power and force of Lawrence and his belief in GCF’s mission and impact. This ritual will allow every Cohort to know Lawrence and be connected to him for decades to come.

In leaving GCF, Jennifer Tirado also introduced a practice to be carried on in our Service Corps: a chant to carry forth Lawrence’s trademark saying: “Action packed!”

Councilmember Ritchie Torres will be recognizing Lawrence with a proclamation for his contributions to the City of NY and to the Bronx. These are currently on hold due to the pandemic, but we will keep you posted.

Thank you for your part in helping us to honor and maintain Lawrence’s legacy at GCF now and in the future.